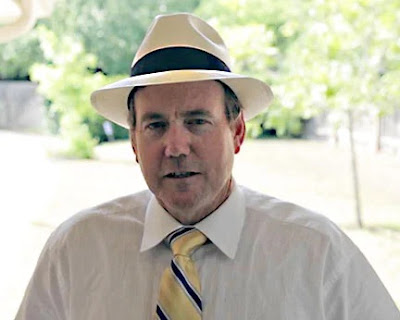 Zimmerman filed paperwork to run for a seat on the Round Rock ISD Board of Trustees.

Zimmerman has recently flown under the banner of the Travis Taxpayers Union, joining a coalition of organizations, parents, and taxpayers in the Round Rock ISD to challenge what is one of the most flagrant examples of abuse of power The Tracker has ever observed. Zimmerman has made numerous appearances at Round Rock ISD pointing out tax ambiguities (including the possibility of a $10 million phantom tax hike), politically charged censure motions on conservative board members, arbitrary COVID-19 policies designed to keep board meeting attendance small, the arrest and jailing of parents, a coverup involving the superintendent's alleged affair and impregnation of his mistress, an over-emphasis on CRT and LGBTQ initiatives and  ...

Don Zimmerman — the first elected Council member from northwest Austin, former elected President of the Canyon Creek utility district, and and a 22-year resident of Round Rock ISD — announced he has filed paperwork to run for Place 6, throwing his hat in the ring as a defender of truth, integrity, and competence on the embattled board.

Zimmerman is no stranger to fighting for public schools. He successfully stood up to a radical, age-inappropriate LGBT sex education curriculum at the Austin ISD. He has spent long nights appearing before school boards exposing the lawlessness of the public school bureaucracy, including violations of campaign finance rules during bond elections. Most recently Zimmerman has worked with a coalition of organizations bringing to light the illegal actions of Round Rock ISD Superintendent Hafedh Azaiez and the "Bad Faith Five" (soon to be Four) trustees.

"Voters are the last line of defense to deliver captive young students from politically correct indoctrination and to save our property from being taxed away," Zimmerman said. "Leftist teachers’ unions and unelected bureaucrats have been radicalizing our public schools and bullying parents for many decades — but fortunately parents and taxpayers are standing up in ways never seen before. I now look forward to leading this fight from the trenches as one of the candidates to return control of the Round Rock ISD to the people of the district and away from special interests."

Zimmerman will be an advocate for transparency and accountability on the board -- starting with the Superintendent who still has not been cleared of credible physical assault allegations by a mistress he allegedly impregnated. Zimmerman will work to empower classroom teachers to teach to state curriculum standards. Zimmerman will place a new emphasis on analytical and critical thinking skills necessary to improving test scores and keeping American graduates competitive in the global marketplace.

Zimmerman will stand firmly against:

"I'm committed to ending the politically correct nonsense we've seen coming from the Round Rock ISD board," Zimmerman said. "It's long-past time to take playing politics off the school board agenda and to return math, phonics, comprehensive reading, and analytical thinking skills to our kids’ classrooms — all while reducing the tax levy for over-burdened RRISD taxpayers."

Zimmerman, a native of San Antonio, works as a high-tech systems engineer. He holds a Master's degree in mechanical engineering from Texas A&M. He resides with his wife, Jennifer, and their son, Chase, in West Austin.

Don Zimmerman has built a solid reputation as "the Taxpayer's Voice of Reason" and is now bringing his wealth of experience to the Round Rock ISD to put the focus back on the basics of education schoolchildren and bring representation back to parents and taxpayers. Learn more at Facebook.com/ZimmermanForRRISD.