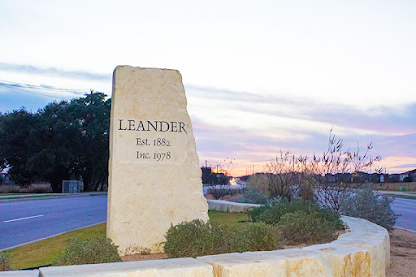 The results are in for Leander and Manor Municipal Runoff elections. While they're two different scenarios entirely, we can draw two lessons from them.

First, let's look at the results, which you won't find covered much in the local media:

Hold the phone: Even with Leander being significantly larger than Manor (Leander pop. ~59,000/Manor pop. ~14,000) that's still quite a difference even by percentage of registered voters. This prefaces the first of two lessons to be learned: Tonight's Municipal Runoff numbers show the difference between getting out the vote and what happens if we take a more passive stance.

In Manor, 68 total votes came in for an unexpired term. No surprise turnout was low given voter fatigue from two elections in May (Constitutional Amendment and Local, followed by Primary Runoff and Precinct Chairmen). But this was a race in which not much was spent on campaigning or advertising, and we could barely find much at all about White's campaign. It was truly a small town kind of race. Nobody really beat the drum or raised much in the way of funds.

Booming Leander, on the other hand, and by contrast, had 2,406 Williamson County plus 754 Travis County total votes came in for Places 3 and 5. In recent years, Democrats have made significant advances in WillCo (unseating Republican incumbents in Texas House seats, toppling city councils and school boards, and coming within striking distance of Congressional seats). Democrats and liberal activist groups have now identified their voters and now can easily get the word out through the usual channels, but their presence on the ground was lacking this time. Conservatives, however, pounded the pavement with aggressive door-to-door efforts, plenty of signage, and even yellow "Vote Today" reminders throughout town.

Given, these were full terms in Leander. But this clearly shows that GOTV (get out the vote) still wins races and drives higher turnout.

We can speculate as to what effect President Joe Biden's bungled presidency has had waaaay down ballot, or whether Alanis and Louden could be considered standard-bearers for the Left. Yet it's clear McDonald and Czernek burned a lot of shoe leather to win these elections. The results show that Republicans can still win in the outskirts of the Austin metro if they get out the vote --- which is the second lesson from tonight.

Newcomer McDonald and incumbent Czernek were clearly the conservative choices. In previous years, Leander had the small town/red county mentality that the real conservatives would triumph and the liberals would be rejected. What they didn't consider before was that liberal candidates were going after conservative voters -- sometimes masquerading as conservatives. In other cases, liberal candidates brought in significant resources and even Hollywood influencers and donations in order to woo middle-of-the-roaders and a growing liberal base. Outside support came in as Democrats scrambled to hold on to their urban strongholds (e.g. Austin, and that includes the suburbs).

As a sidenote: Hill had the support of an unofficial Travis County Republicans Facebook Group due to some personal recommendations, but we cannot tell if she was the more conservative. But we'll gladly claim her -- at least as a competent choice.

In summary: Tonight was a great night for conservatives, but victory was not automatically guaranteed. As the Austin area changes, especially in the 'burbs, Republicans will have to continually fight for votes and identify new voters if they're to win. The votes are still there.

Email ThisBlogThis!Share to TwitterShare to FacebookShare to Pinterest
Labels: Editorial