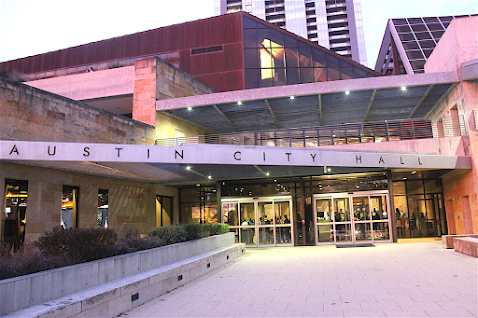 Early voting begins Monday, April 19, and continues through Tuesday, April 27. Election Day is Saturday, May 1. Below is a quick rundown of each proposition on ballots within the city of Austin, with our recommendations in red. For more information visit www.VoteTravis.com.

Proposition A:
Collective bargaining for firefighters

Would require city and firefighters association to participate in binding arbitration when an agreement cannot be reached through collective bargaining regarding working conditions.

Pro: Saves taxpayer money by discouraging expensive litigation as a first step in solving disputes such as labor contracts (e.g. the lengthy dispute that took years to settle over the last decade).

Con: Could greatly accelerate the number of complaints regarding working conditions and give labor unions additional power when negotiating contracts.

Would (re)create Class C misdemeanor punishable by a fine for anyone to sit, lie down, or camp in public areas without official permission; prohibits panhandling at specific hours and locations.

Pro: Takes city back to pre-2019 camping restrictions; makes pedestrian areas and roadsides safer; removes "signaling" to other homeless persons in other locations to move to Austin; addresses aesthetic and sanitary concerns.

Con: Allowing camping in more public places has made it visually clear that there is a homeless problem in Austin that needs to be addressed; government and social workers more easily able to find, access, and treat homeless persons in homeless camps.

Supporters: Save Austin Now PAC, SafeHorns, Travis GOP Chairman Matt Mackowiak; individual Democrats (TCDP framing this as a right-wing effort -- it is not, being clearly bipartisan).

Would allow for a Director of Police Oversight to be appointed/removed by Council ordinance; Council would have power to add/remove responsibilities and duties.

Pro: No immediate changes; gives elected officials power over police oversight rather than unelected bureaucrats and civilian board.

Con: Council has proven itself prone to anti-law-enforcement schemes such as defunding; giving this to Council would politicize what should be an administrative process.

Note: New Orleans and Seattle have this in place.

Would align mayoral elections with presidential election years instead of gubernatorial elections years beginning in 2024, meaning the mayor elected in 2022 would only serve a two-year term.

If E passes, it becomes effective once state law allows for ranked-choice voting. Currently implemented in Maine and several cities, RCV (aka. "instant choice") allows voters to "rank" their candidates rather than pick one. If there is five candidates, the voter would put 1 by his/her top-preferred candidate, 2 for second-preferred, and so on. If no candidate wins a majority of first-preference votes, the candidate(s) with the fewest first-preference (1) votes are eliminated. This lifts the second-preference candidates, and a new count begins, and so on for each level until one candidate has a majority of votes.

Pro: Eliminates need for an expensive primary runoff; same group of voters makes decision at once.

Con: Attracts a greater number of candidates to form "coalitions" of candidates (sincere and insincere) to knock strong contenders out of the running; voters get "fatigued" down-ballot and make odd choices; up to 30% of ballots are "discarded" for further tallies.

Would change city governance from a council-manager system to a mayor-council system, effectively eliminating or greatly watering down the position of the city manager and making the mayor the chief executive of the city.

Pro: Unelected city staff is too powerful; mayor is elected unlike city manager.

Con: Would give mayor veto power; a check on power but no balance at all.

Notes: Designed to complement Prop. G. The slogan going around is "F no!"

Would add an additional city council district, thereby increasing the total number of city council members from 10 to 11.

Pro: City is growing, and the existing 10 districts will be 30% larger at the next apportionment.

Con: An Asian-American district is reportedly being discussed, which could carve up conservative District 6; if either F or G passes, but not both, it could be a disaster.

Note: Designed to complement F, "Strong Mayor." Mayor would no longer sit on council if F passes, therefore to avoid a locked vote, an odd number of Council seats would be necessary.

Would make $25 vouchers available to registered voters to contribute to campaigns of qualifying candidates.

Pro: Could give less-well-known, underfunded candidates a fighting chance. Could give average citizens as a whole more clout in campaign season. Campaigns would tailor their approaches to individuals more than targeted demographics and neighborhoods.

Note: City Council is opposed. Seattle has this in place.